Welcome to Nicholas Young's website! Would you like us to keep you updated about future events, CD releases and news?

The View from Phobos 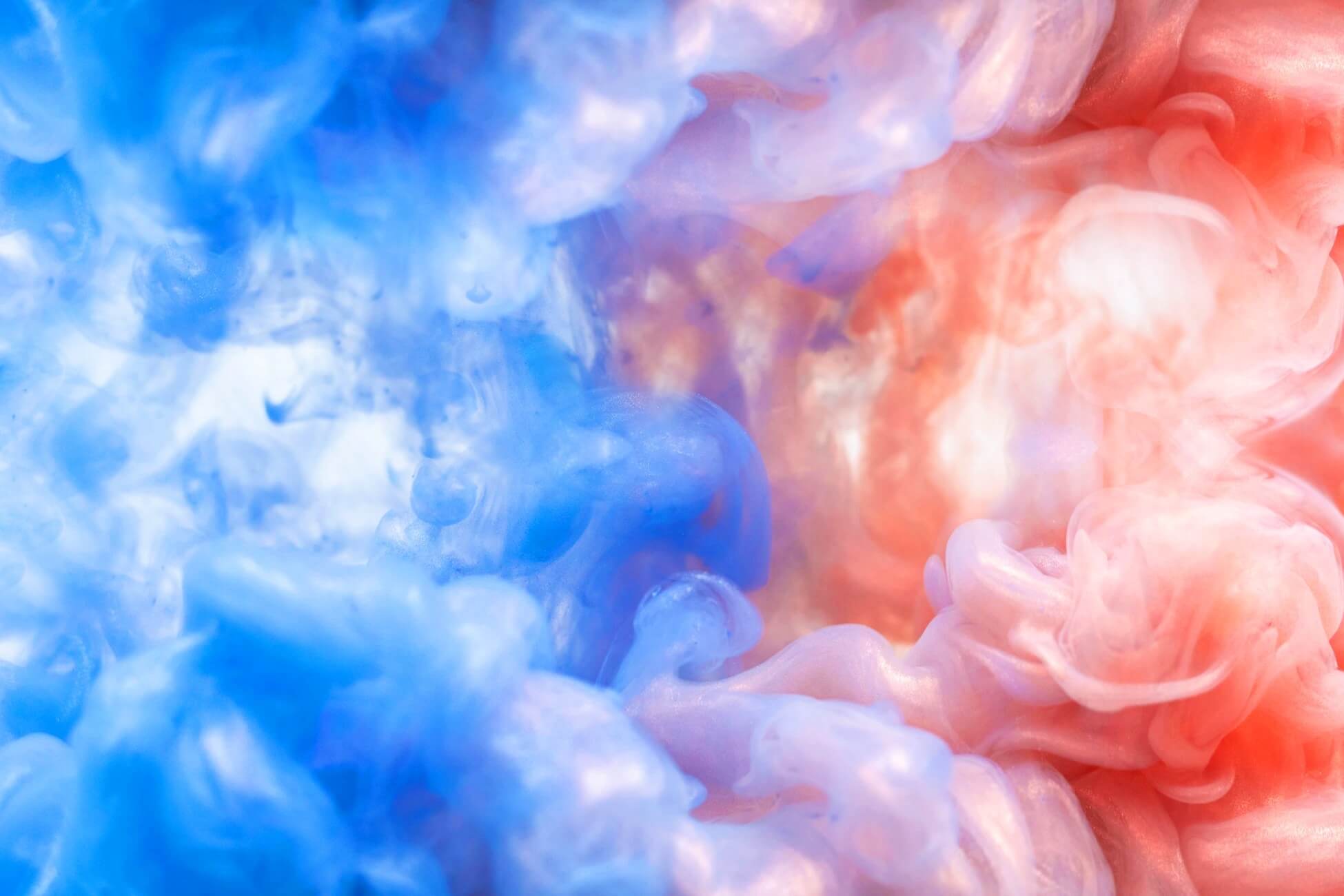 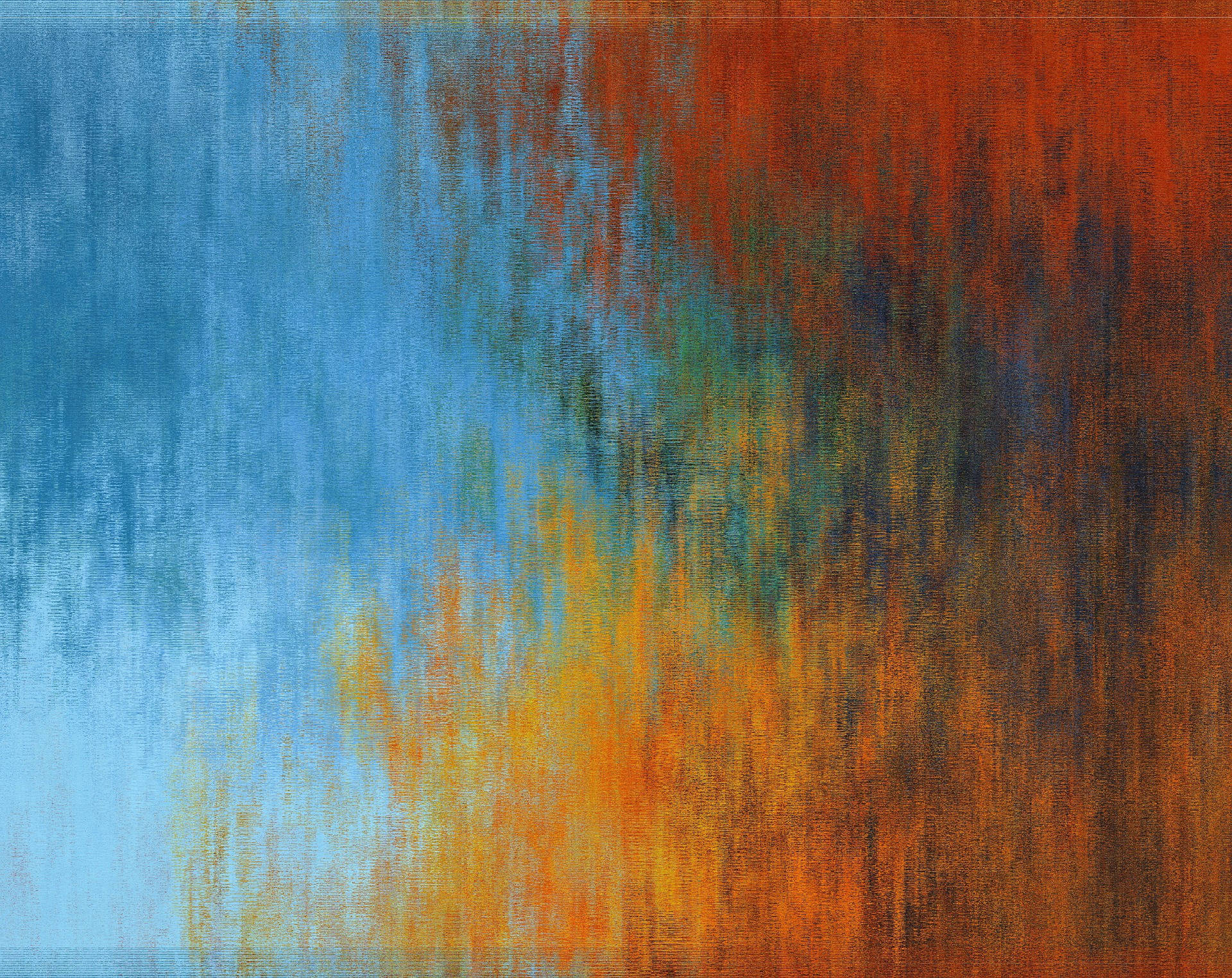 "Full of heart-felt passion and a technique to die for" 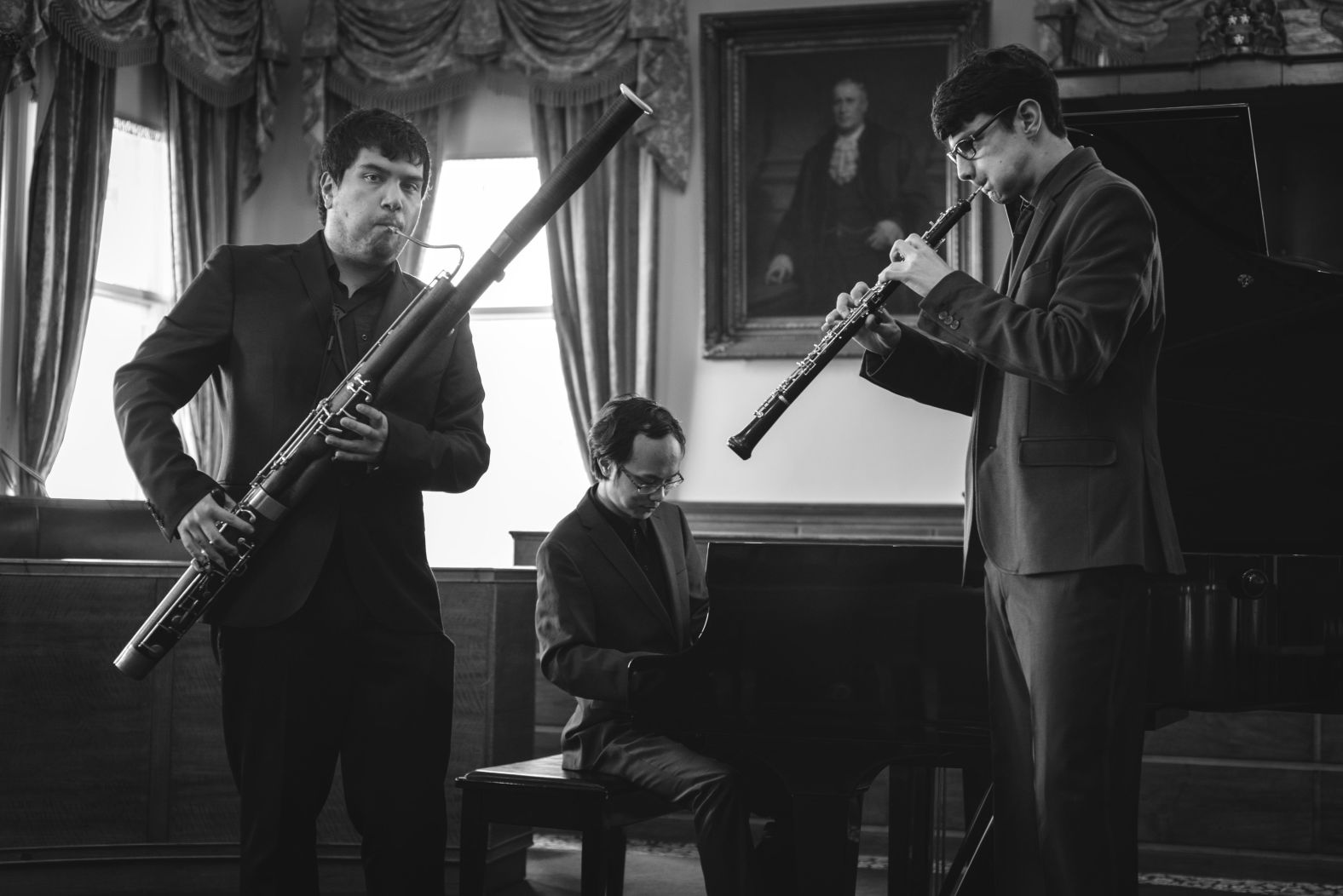 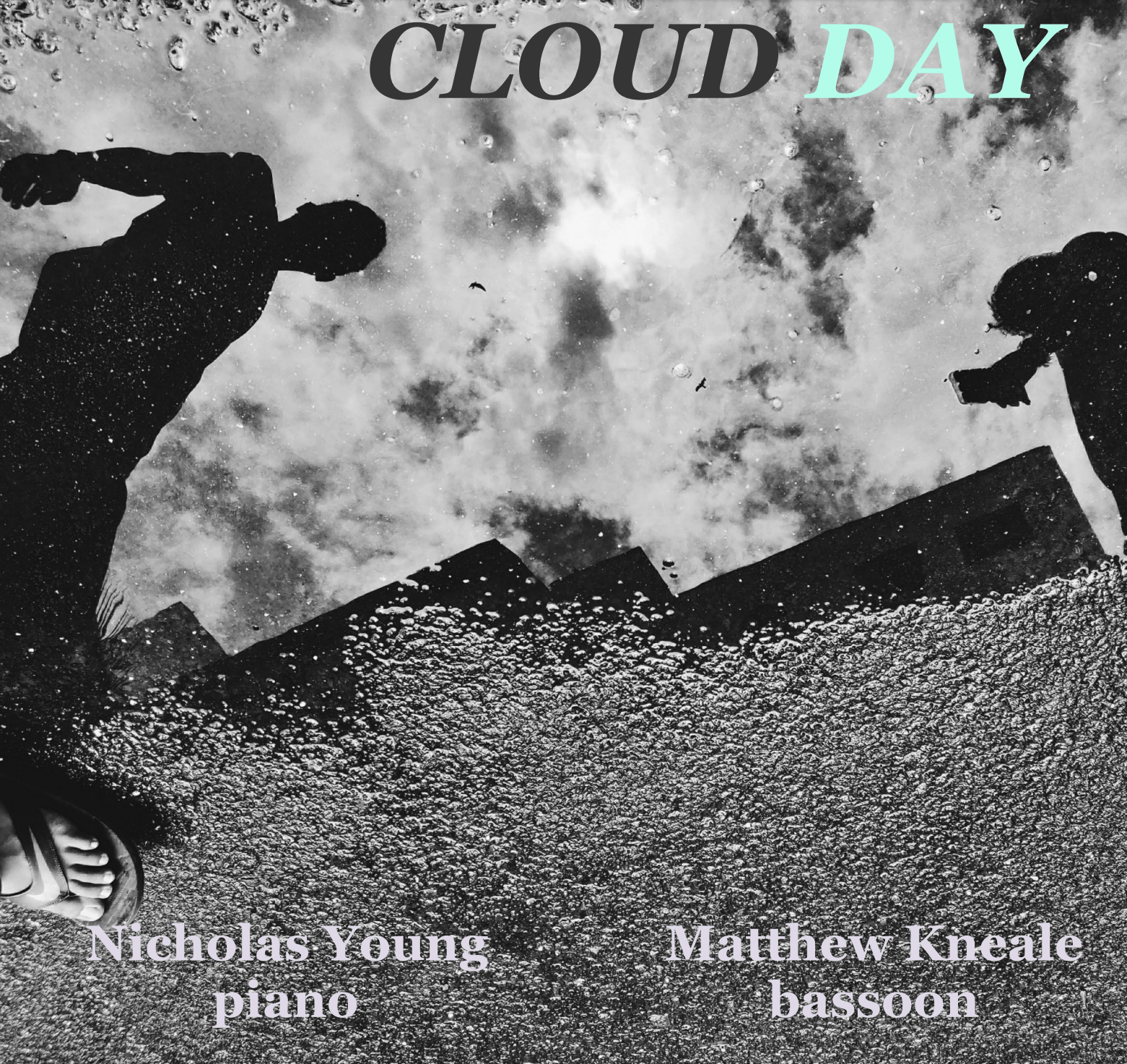 Nicholas is delighted to collaborate with SONY and new record label ELKWOOD in launching their first high-resolution audio recordings, showcasing Nicholas' performance of J.S. Bach’s Gigue from Keyboard Sonata in A minor, BWV965 and Alan Griffiths' Nocturne as heard on Australian piano maker Stuart & Sons’ new, 108-key grand piano at Beleura House and captured on Sony's groundbreaking C100 microphones. This recording has been released for digital purchase and download by nativeDSD - click here to visit the nativeDSD store.

Nicholas is the multi-award winner of numerous Australian and international music competitions, and regularly presents solo and chamber music recitals across Australia in a variety of instrumental collaborations. He has appeared as concerto soloist with the West Australian, Queensland, Adelaide and Willoughby Symphony Orchestras, and the Vienna International Orchestra. His recordings are distributed globally by ELKWOOD DXD/DSD, and his performances have been broadcast by Fine Music FM, ABC Classic FM, 2MBS and 3MBS.

Highlights of 2018 included the launch of the new Stuart & Sons 108-key piano at Beleura House in partnership with SONY and composer Alan Griffiths, and sold-out Spanish classical-flamenco recitals at the Canberra Wesley Music Centre and Sydney Opera House Utzon Room in collaboration with guitarist Matthew Fagan. In 2019 Nicholas performed the Beethoven ‘Emperor’ Concerto as soloist with the Hills Shire Symphony Orchestra in their inaugural concert season, the music of Chinese composer Bao Yuankai with the Australian New Goldberg Orchestra, and presented the opening, sold-out solo recital to launch new concert venue Tempo Rubato in Brunswick (Melbourne).

Currently based in Melbourne, Nicholas was born in Sydney and began piano studies there at the age of six with Alison Salkeld, gaining his Associate and Licentiate Diplomas (Australian Music Examinations Board) both with Distinction in 2004 and 2005 respectively. He subsequently studied with Daniel Herscovitch and was awarded his Fellowship Diploma in 2009 at the age of eighteen.

Nicholas pursued further artistic training through the Bachelor of Music (Performance) degree at the Sydney Conservatorium of Music as a recipient of the University of Sydney Outstanding Achievement Scholarship. He graduated in 2013 with First Class Honours and University Medal for his research and performances of Busoni's original compositions for solo piano. Nicholas subsequently undertook Masters studies at the Universität Mozarteum Salzburg with Claudius Tanski, graduating with Distinction (mit Auszeichnung) and the highest possible grades in all performance and academic components. In support of this period of study, he was awarded the Marten Bequest Travelling Scholarship (Instrumental Music Category) in 2014. The esteemed teachers from whom Nicholas has taken masterclasses include Dmitri Bashkirov, Christian Zacharias, Robert Levin, Dominique Merlet, Jacques Rouvier, Lars Vogt, Lang Lang and many others.

Since winning his first medal at the age of six, Nicholas has gained a steadily growing reputation through his appearances in various festivals and competitions. His first major prize as the winner of the 8th Yamaha Australian Youth Piano Competition in 2007 was followed by further important accolades including Winner of the 2011 ABC Symphony Australia Young Performers Award (Keyboard Category), Runner-Up Prize of the 2012 Australian Youth Classical Music Competition, Second Prize of the 2012 Australian National Piano Award and Winner of the 2016 Allison/Henderson Sydney Eisteddfod Piano Scholarship.

Nicholas has given solo and chamber performances in Australia, New Zealand, Germany, France, Italy, Austria and the UK in such iconic venues as the Sydney Opera House, Melbourne Recital Centre, Queensland Performing Arts Centre, London Wigmore Hall & Steinway Hall, Munich Gasteig and Vienna Ehrbar Hall. He has appeared as soloist with the West Australian, Queensland, Adelaide and Willoughby Symphony Orchestras, working with international conductors including Nicholas Braithwaite, Vladimir Verbitsky and Edvard Tchivzhel, and his performances have been broadcast by Fine Music FM and ABC Classic FM. In 2014, he was invited to perform with the Vienna International Orchestra as part of the Vienna ConcertoFest concert series. In 2009, Nicholas was officially recognised as a Young Steinway Artist.

While maintaining an intense study of the classical repertory, Nicholas has an equally strong interest in promoting the music of today. He has performed in national and/or world premieres of several new solo and ensemble works including Calogero Panvino’s Sonata 101 (2010), Huck Hodge’s Omen, unscroll a canon war! (Hommage à Nancarrow) (2010), David Fulmer’s Vor den Morgengrauen (2011), and Kevin Lang’s Amidst marbled silhouettes (2013), as well as performing the music of Roger Smalley, Elliott Carter, Alan Rawsthorne, Olivier Messiaen and the Second Viennese School. In support of his ongoing work in this field, Nicholas was announced as the winner of the Perpetual Trust's 2016 Michael Kieran Harvey Scholarship, enabling the commissioning, recording and performing of further new works for the piano to be released in 2017/2018.

If you have a question, would like to get in touch or be included in Nicholas' mailing list, fill in the online form or send an email to: info@nicholasyoungpiano.com